How Africa's free-trade zone will provide an economic boom

African leaders launched a continental free-trade zone that if successful would unite 1.3 billion people, create a $3.4 trillion economic bloc and usher in a new era of development.

After four years of talks, an agreement to form a 55-nation trade bloc was reached in March, paving the way for African Union summit in Niger where Ghana was announced as the host of the trade zone’s future headquarters and discussions were held on how exactly the bloc will operate.

It is hoped that the African Continental Free Trade Area (AfCFTA) - the largest since the creation of the World Trade Organization in 1994 - will help unlock Africa’s long-stymied economic potential by boosting intra-regional trade, strengthening supply chains and spreading expertise.

“The eyes of the world are turned towards Africa,” Egyptian President and African Union Chairman Abdel Fattah al-Sisi said at the summit’s opening ceremony.

“The success of the AfCFTA will be the real test to achieve the economic growth that will turn our people’s dream of welfare and quality of life into a reality,” he said.

Africa has much catching up to do: its intra-regional trade accounted for just 17% of exports in 2017 versus 59% in Asia and 69% in Europe, and Africa has missed out on the economic booms that other trade blocs have experienced in recent decades.

Members have committed to eliminate tariffs on most goods, which will increase trade in the region by 15-25% in the medium term, but this would more than double if these other issues were dealt with, according to International Monetary Fund (IMF) estimates. 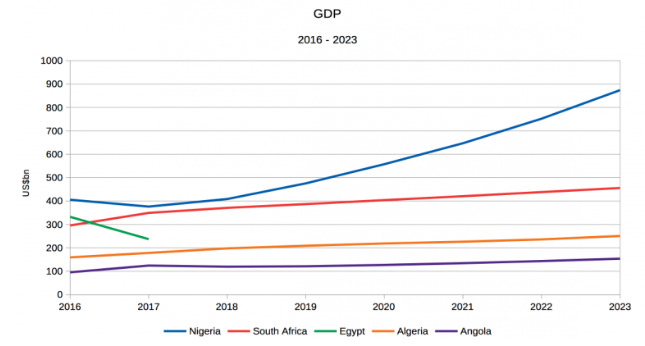 The IMF in a May report described the free-trade zone as a potential “economic game changer” of the kind that has boosted growth in Europe and North America, but it added a note of caution.

“Reducing tariffs alone is not sufficient,” it said.

Africa already has an alphabet soup of competing and overlapping trade zones - ECOWAS in the west, EAC in the east, SADC in the south and COMESA in the east and south.

But only the EAC, driven mainly by Kenya, has made significant progress toward a common market in goods and services.

These regional economic communities (REC) will continue to trade among themselves as they do now. The role of AfCFTA is to liberalize trade among those member states that are not currently in the same REC, said Trudi Hartzenberg, director at Tralac, a South Africa-based trade law organization.

The zone’s potential clout received a boost on Tuesday when Nigeria, the largest economy in Africa, agreed to sign the agreement at the summit. Benin has also since agreed to join. Fifty-four of the continent’s 55 states have now signed up, but only about half of these have ratified.

One obstacle in negotiations will be the countries’ conflicting motives.

For undiversified but relatively developed economies like Nigeria, which relies heavily on oil exports, the benefits of membership will likely be smaller than others, said John Ashbourne, senior emerging markets economist at Capital Economics.

Nigerian officials have expressed concern that the country could be flooded with low-priced goods, confounding efforts to encourage moribund local manufacturing and expand farming.

In contrast, South Africa’s manufacturers, which are among the most developed in Africa, could quickly expand outside their usual export markets and into West and North Africa, giving them an advantage over manufacturers from other countries, Ashbourne said.

The presidents of both countries attended the summit.

The vast difference in countries’ economic heft is another complicating factor in negotiations. Nigeria, Egypt and South Africa account for over 50% of Africa’s cumulative GDP, while its six sovereign island nations represent about 1%.

“It will be important to address those disparities to ensure that special and differential treatments for the least developed countries are adopted and successfully implemented,” said Landry Signe, a fellow at the Brookings Institution’s Africa Growth Initiative.

The summit also saw the launch of a digital payments system for the zone and instruments that will govern rules of origin and tariff concessions, as well as monitor and seek to eliminate non-tariff obstacles to trade, the African Union said.

Chocolate and red wine may hold the key to youth I asked young Eritreans why they risk migration. This is what they told me
back to top

10 Facts About Largest Aircraft In The W…

Emirates ramps up operations over summer…

The role of human resources in supportin…

Airlines On A Strong Recovery Path As De…

This is the main reason why insurance pr…

Determinants of job satisfaction of empl…

The Importance of Affordable Housing in …

Ghana loses $429 million in its transact…

Why banks find it difficult to give loan…

The greatest health risk to the working …